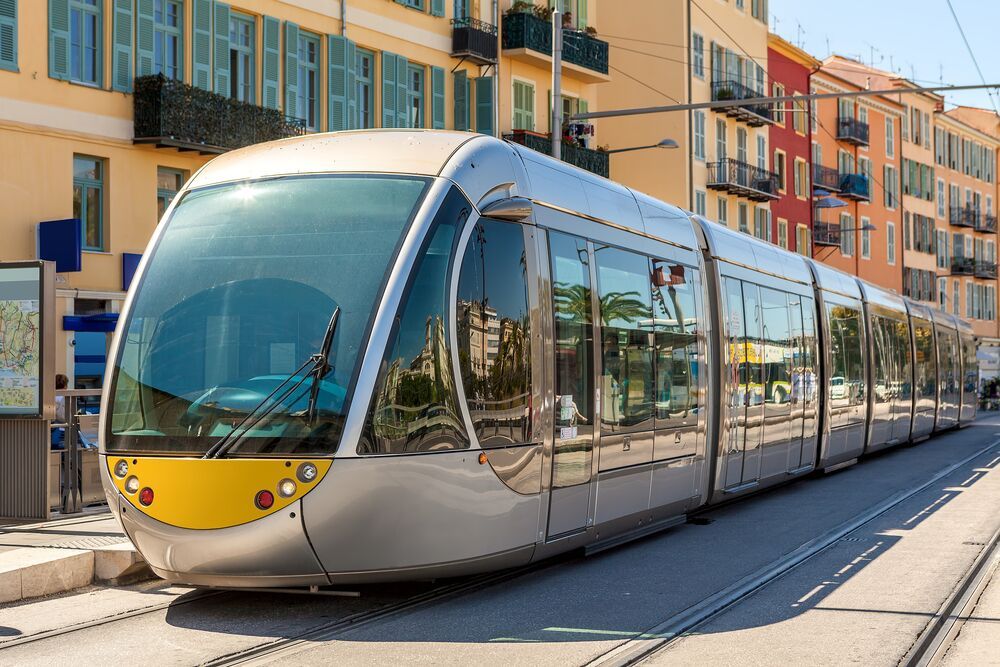 Information on the Nice tram service which runs from north Nice via the Stade du Ray and Jean Medecin to Place Massena, Acropolis and Université to Pont Michel. See the route map, and find out about tickets and parking...

The first line of the Nice Tramway opened for service in November 2007. It has relieved traffic congestion and allowed for a cleaner and more environmentally-friendly city.

Work on extending the Nice Tramway has been underway for some time and the first sections will open by summer 2018 and reach the port a year later.

Line 2, also called Ligne Est-Ouest, will open in several stages: from July 2018, between CADAM and Magnan, to September 2019, between the Port and Nice Côte d’Azur Airport. With just over 11 kilometres of tracks and 20 stops, there will be four underground stations between the port and boulevard Grosso, with two direct connections to Line 1 at Jean-Médecin and Garibaldi. The terminus on the east side will be situated at Quai Cassini and on the west at CADAM (the Préfecture).

A third line, expected to be in service by the end of 2019, will run up the Var river valley and connect the Airport to Arénas, Saint-Augustin, the Allianz Riviera Stadium and the quartier Saint-Isidore. Line 3 will consist of 11 stops, five of them crossing over with Line 2 and six new ones. Travel time from Allianz Riviera to the Port is estimated at 36 minutes, and from Port to Airport at 27 minutes.

The main train station (Gare Thiers) in Nice town centre is a two-minute walk from the nearest tram stop.

Signs at tram stops indicate how many minutes before the next tram is due, and once aboard the tram, the name of the next stop is announced.

Tickets must be purchased before getting on the tram, it is not possible to buy a ticket on the tram itself.

For frequent travellers there are a number of season tickets available, valid for either one month or one year. This allows for unlimited travel on both the tram and Lignes d'Azur buses in Nice. Prices depend on your age and personal situation.

There are 22 tram stations, with one stop approximately every 400 metres.

There are a number of car parks (Parcs Relais Parcazur) available next to the tramway.

The tramway cars are accessible to people with reduced mobility (wheel chair users, pushchairs) and for people with visual and hearing impairments.