Hong Kong How To
LEARN A LANGUAGE 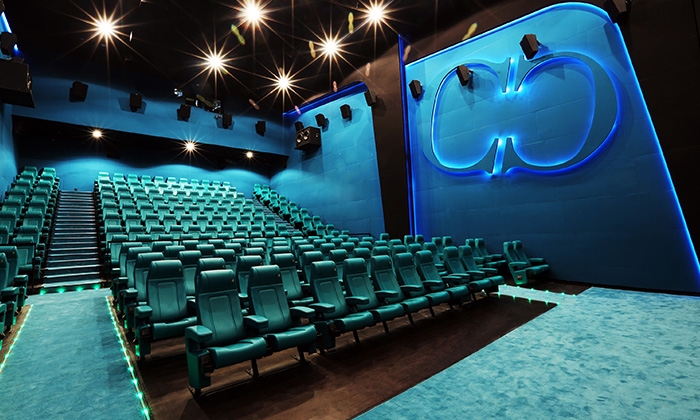 Information on how to find full listings of what's showing at the movies today in Hong Kong, and where to find your nearest cinema...

Many films are shown in English (or with English subtitles) in Hong Kong and most cinemas are modern and comfortable. International films are shown in the original language with Chinese subtitles or may be dubbed into Cantonese. Sometimes, the same movie may be available in both the original version and a dubbed version playing in the same cinema at the same time. Locally-made films will often be shown with English subtitles. Cinema listings usually state the language the film will be shown in and which subtitles are available.

Cinemas in the city districts often screen more English-language movies. The film schedule generally changes weekly on Thursdays but there are exceptions and box office hits usually have a longer run in the theatres. To find out about a film and its language, use the title search option of the Internet Movie Database (IMDb), a complete film resource with information on directors, actors, reviews and awards.

Hong Kong is one of the world's major film production centres, mainly for action, romance or comedies. The government offers foreign film makers incentives to come to Hong Kong to make movies.

Tickets can be bought online or by telephone with a major credit card. Cityline provides a ticketing service for United Artists theatres, Sunbeam Theatre, Yuen Long Cinema, and Cine-Art House for an additional service charge. As well as buying tickets online, it's possible to see reviews, check the languages films are showing in, the times and venues. Cinema listings are published in the newspapers. The main English-language daily is the South China Morning Post. It carries cinemas advertisements, a screening schedule and contact numbers.

Ticket prices vary depending on the show time with reduced rates for off-peak time screenings in mornings and afternoons. Special prices are common on Tuesdays. Some cinema chains sell "cards" which allow customers to pay once and see an unlimited number of films in a given period.

See our weekly film blog for the latest trailers and listing info:

Many of the cinemas are run by familiar international names. The big box office hits are usually shown at all the main venues (and in the original language, for example English). The main cinema chains in Hong Kong are: There are a number of other smaller independent cinemas, but these mostly show locally produced films and films in Chinese.

UA is one of the largest cinema chains in Hong Kong with over a dozen cinemas. The website details the programmes showing at each of their cinema complexes with details on the language a film is being shown in. Likely to be of particular interest is the UA Citygate and City Plaza both of which show many English-language movies and also English-language cartoons for kids. UA operates four IMAX cinemas, including one at Hong Kong International Airport (HKIA).

Since its initial opening in the 1950s, Broadway Circuit has gradually developed into one of the largest cinema chains in Hong Kong. Operated by Edko Films Ltd with venues across the territory, it covers all the major locations in Hong Kong Island, Kowloon and the New Territories. Tickets can be bought on the circuit's website or through its hotline. The website provide details on movie schedules, location of cinemas and information on parking availability. The chain includes the Broadway Cinematheque, which, as well as showing a diverse selection of internationally acclaimed films, also has a café, bookshop and CD/DVD store next door.

Golden Harvest is a film production, distribution, and exhibition company based in Hong Kong. The making of the company was its 1971 deal with soon-to-be martial arts superstar Bruce Lee. In later years it went on to produce almost all the Jackie Chan films. It now produces fewer films and concentrates on cinema management in Hong Kong (5 cinemas) and mainland China.

AMC is part of the North American AMC chain and has a cinema in Pacific Place Mall. AMC Pacific Place has six screens and also shows movies in their original language. For the latest film releases, times and trailers, see our weekly film blog http://blogs.angloinfo.com/weekly-film-guide-for-hong-kong/