Information on cinemas and films playing in The Hague, Rotterdam, Delft, Leiden and surrounding areas of South Holland, Netherlands... 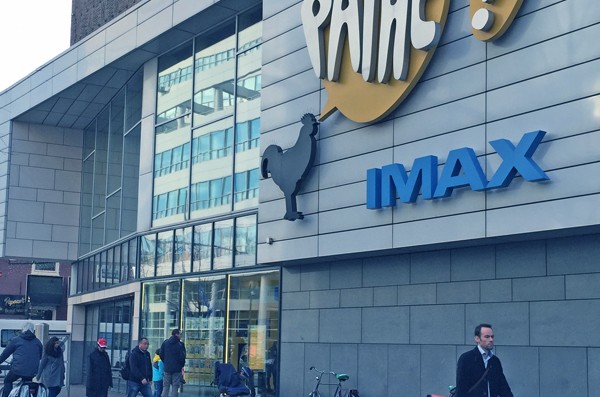 The largest cinema (bioscoop) chains in South Holland include Pathé (6 locations), Kinepolis (3 locations) and Vue Cinemas (3 locations). They operate modern, multi-screen theaters and have websites/phone apps which allow for purchasing tickets online with reserved seating. IMAX screens can be found in The Hague (Pathe Spuimarkt) and Rotterdam (Pathe Schouwburgplein).

Independent cinemas tend to be smaller, usually with just one or two screens. Most of these specialize in art house films and classic movies. These include cinemas such as:

In smaller towns, a theater will often double as a cinema, showing movies when live productions are not scheduled. Examples include:

Many theater chains offer an unlimited viewing pass with a fixed membership fee per month, which can be used at any of the chain's cinema locations. Examples include:

Film festivals are popular in Holland and may include screening venues at both independent and chain cinemas. Some of the larger annual film festivals held in South Holland include:

During the summer months, films are often shown outdoors. The largest of these events in South Holland is Pleinbioscoop Rotterdam ('Cinema on the Square') held in the Museumpark. A film is shown each night during the two week event in late August.

In The Hague, the Nutshuis is also known for its summer series of outdoor movie screenings.

Most movies in Holland are shown in their original language (usually English) along with Dutch sub-titles. Children's movies are the exception. These are dubbed in Dutch (and do not have English sub-titles).

In larger cities, like The Hague and Rotterdam, it is sometimes possible to find a cinema showing the the English version of a children's movie alongside the Dutch. When checking a cinema's website, look for the 2-letter code which follows the title. Films dubbed in Dutch will be denoted NL (Nederlandse versie); those in English will have the letters OV (original version).