South Holland Nature and the Outdoors

Information about parks and recreation areas of The Hague, Rotterdam Delft and Leiden which offer outdoor activities: walking, hiking, running, cycling and more... 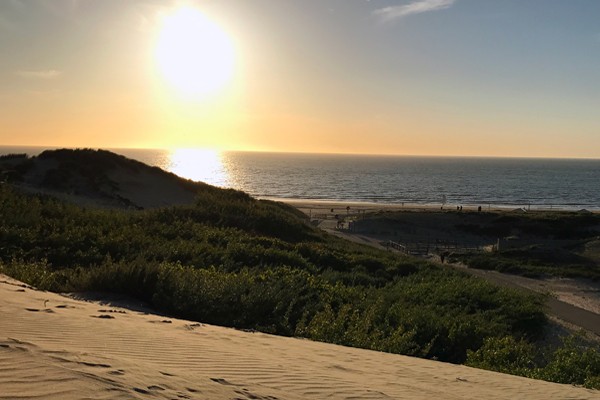 Despite the region's high population density, South Holland still has plenty of parks, nature reserves, lakes, beaches, dunes and woodlands for the outdoors person. Its flat, polder landscape lends itself to walking ('lopen'), running ('hardlopen') and cycling, while its hilly coastal dunes (which can reach 100 meters) are perfect for hiking or mountain biking.

Water surface accounts for nearly one fifth of the province's 3,403 km2 size, which includes canals, rivers and lakes. They are perfect setting for kayaking, rowing, sailing and boating. The 100+ km  North Sea coast is the place for those who prefer surfing, SUPing, kite-boarding and boogie-boarding.

Below are just a few of highlights from the many outdoor activities available in The Hague, Rotterdam, Leiden, Delft and elsewhere in the province of Zuid-Holland, Netherlands...

The Netherlands has 20 national parks spread around the country, all of which are over 10 Km² in size. One of these, Nationaal Park de Biesbosch, straddles the provincial border between South Holland and North Brabant. It is located on a river delta, which feeds the largest fresh-water tidal area in Europe. Beavers are plentiful in their natural habitat as are a large variety of birds. The park offers walking, hiking and cycling routes, kayak rentals and sightseeing boat cruises.

Sand dunes formed thousands of years ago along the coast of Holland. These not only created a unique ecosystem which today is home to hundreds of plant and bird species, as well as fresh-water reservoirs used for drinking water, they also provide a natural defense against the powerful North Sea for much of the coast. The dunes can reach well over 100 metres in height in Scheveningen and Kijkduin (beach communities of The Hague), Wassenaar, Katwijk and Noordwijk. During WWII, the Germans built bunkers in the dunes which were connected by underground tunnels. Many still exist but because of deterioration, are off-limit to the general public due to safety issues.

Cycling, walking, hiking and horse riding trails have been established in many locations which provide access to the public while protecting certain areas with more fragile plant and animal life.

Find more information about outdoor activities in and around the dunes regions of South Holland here:

Delftse Hout (Delft woods) is a nature area within walking distance of the city centre. In the middle is a large lake (Grote Plas) around which you can find a beach for sunbathing and swimming. There are marked walking, cycling and equestrian routes through the woods.

The Scheveningen forest was created between the years 1100-1400 to avoid the nuisance of blowing sand from the dunes. It is located between The Hague's beach community of Scheveningen and the city centre. Walking/running trails and cycling paths have been established and are well marked. A children’s playground and lake are located in the middle.

The Kralingen Forest is a 200-hectare nature park in Rotterdam located in the north east section of the city. The paved paths are popular with walkers, runners, inline skaters and cyclists. In the centre is a lake (Kralingse Plas) and recreational beach with swimming. A wooden pier separates the swimming area from the rest of the lake which is used for an array of water sports including kayaking, sailing, rowing, kite-boarding and motor boating. Rentals are available.

Just north of Leiden is a large lakes area called the Kaagerplassen . The area is very popular with boaters and there are numerous marinas with direct access to the lakes. The charming Kaageiland (island) can be reached by ferry. A portion of the Kaagerplassen area is a nature reserve. One island, the Kouderhoorn (accessible by bridge), offers a sandy beach for sunbathing. Bike paths circle the lakes forming a scenic route which passes many historic windmills.

The 130-hectare Vlietland recreation area is sometimes referred to as the “Riviera of the Randstad” and sits between Zoetermeer on the east and Voorschoten on the west. It includes two lakes, beaches, woods and polder fields. A full range of outdoor activities and water sports are available which include swimming, sailing, climbing, mountain biking, walking and hiking trails, wind surfing, horseback riding and bird watching.

The Netherlands are well-suited to walking and rambling - from walks along coastal beaches and inland polders to more adventurous hiking through the sand dunes or dense forests. The official Dutch walking association is the Stichting Wandelplatform-LAW (Lange-Afstand-Wandelpaden).

Suburban and rural areas of South Holland offer walking/running paths which can be easily accessed via TOPs (Touristische Overstappunten). These small parking lot locations are equipped with vending machines and encased maps that show the local designated walking/running routes which can be joined from that TOP location.

The ANWB also has a comprehensive guide for walking in Holland. They publish guide books and route maps, which include a series of dog-friendly walking routes.

For combined city/sightseeing routes, local tourist offices are the best source of information and can supply maps and details of guided tours in the area.

The Night of the Refugee

The Nederlandse Kanobond (NKB) is the national association for canoeing in Holland. It organises competitions and events throughout the year. To compete in events, paddlers must be members and have a licence, which is issued by the NKB.

To become a member, either apply directly with the NKB or join an affiliated canoe club and that will ensure automatic membership. The NKB organises flat water and white water races, as well as slalom competitions and canoe polo.

Surfing and Board Sports

Surfing and other board sports have become quite popular in South Holland due to its long coastline bordering the North Sea. Surfing (including windsurfing and kiteboarding) and stand up paddleboarding (SUPing) lessons are readily available from schools located in beach communities such as Scheveningen, Katwijk, Noordwijk, Ter Heijde, Hook of Holland and Rockanje.

With so many many inland lakes, it should be no surprise that water sports are a favourite of young people in South Holland. This is especially true in the south of the province on lakes such a the Brielse Meer, the Grevelingenmeer and the Haringvliet, where you can find the widest range of water sports offered, including scuba diving and waterskiing.

The Dutch national association which oversees water sports in the Netherlands is the Koninklijke Nederlandse Watersportbond (KNWB). The organization has regional chapters which organize water sports events and tournaments within the various disciplines.

As a country, the Netherlands has one of the highest per capita ownership of boats in the world (1:10). It is not unexpected considering how pervasive water is to this country in which a large portion of the land is at or below sea level.

This is especially true for the South Holland region, with its 100 km+ North Sea coastline, its many freshwater lakes (which include some of the largest in the country) and with major rivers like the Rhine (Rijn) and Lek passing through it.

Additional information about sailing, boating and marinas in Holland (including rules governing Dutch waterways) can be found here: