Moving to and Living in Antibes 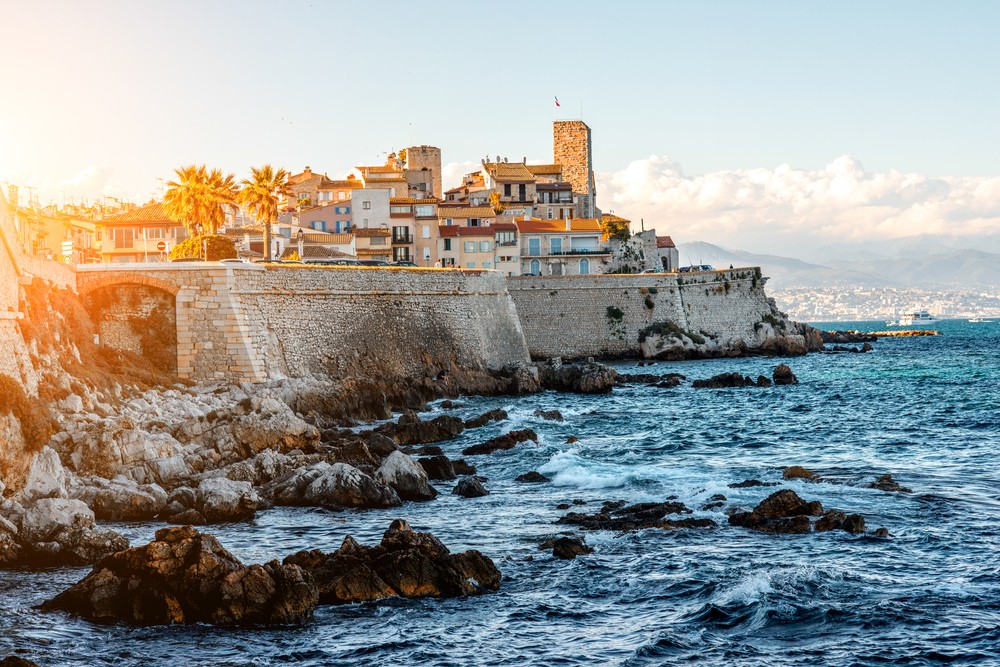 All the information you need about Antibes if you are planning a move or are already living here. Get details about the different neighbourhoods, things to do, schooling, transport and where to go for all administration procedures

Antibes is a popular town with an eclectic population including locals and foreigners of all ages. The old town, with its Greek origins and 16th century ramparts are complemented by the art deco elegance and beaches of neighbouring Juan-les-Pins. Picasso spent time at the Château Grimaldi and donated a generous body of work to the museum.  Graham Greene adored Antibes, especially in winter, and allegedly referred to Antibes as being the only town on the Côte d’Azur not to have lost its soul.

Quartiers, or neighbourhoods of Antibes

One of the attractions of Antibes for the working population is its proximity and easy access to the Sophia-Antipolis business centre. Antibes is made up of three main areas: the Old Town and the town centre, Juan-les-Pins and Cap d’Antibes.

The Old Town with its ramparts overlooking the Mediterranean, is a lively area of narrow streets, restaurants and shops, with regular live music in its numerous bars. Next to the old town is Port Vauban, a large marina famous for its fishing and yachting. The Old Town is where housing prices are most affordable, offering a variety of options from studios and apartments to town houses. Prices vary accordingly. The Town Centre has a cinema, supermarkets and high street shops.

Juan-les-Pins, seaside resort famous for its shopping, beaches and nightlife, offers a variety of living options from villas to apartments. Prices remain high in most cases.

Cap d’Antibes, a pensinsula with beautiful coves and the Phare de la Garoupe, one of the most powerful lighthouses along the coast, is home to famous resorts and exclusive luxury villas, high property prices here make it one of the most expensive places to live on the French Riviera.

Both Antibes and Juan-les-Pins have SNCF railway stations with trains connecting to all major cities along the Côte d’Azur and beyond.

Taxis in Antibes can be expensive, especially at night, and it’s wise to check the fare beforehand.

Antibes’ old town and surrounding area is replete with boutiques selling everything from local crafts including olive wood, lavender and perfumes, to clothes, jewellery, art and trinkets. The adjoining town centre has the usual high street shops, supermarkets and a cinema, which shows English-language movies.
Antibes is also renowned for its markets. There is the Marché Provençal, every morning from 6:00 to 13:00 except Mondays during the winter months, on the Cours Masséna in the old town, selling fresh regional and Corsican food produce and flowers. The Marché des Artisans, or Craftsmen’s Market, takes over during the afternoon with displays of works by local artists including sculptors, ceramists and painters, from 15:00 from mid-June to end September daily expect Mondays, and from September to mid-June on Fridays, Saturdays and Sundays. The Marché aux Vêtements, or clothes market, takes place on place Amiral Barnaud from 6:00 to 13:00 on Tuesdays and Saturdays, on the Lacan car park on Thursdays and on place Jean Aude on Wednesdays. The Marché à la Brocante, or secondhand market, takes place from 7:00 to 18:00 in different locations around town and it is best to check with the Mairie for the latest schedules.
The large shopping centre just outside Antibes at chemin de St Claude, the Centre Commercial Carrefour-Antibes, has a Carrefour supermarket, shops and services including fashion, hairdressing, chemist, dry cleaners, opticians, as well as cafés and restaurants.
Most shops are open from 10:00 to 19:00, though the smaller ones, particularly those further from the centre, often close over lunch.

Antibes’s most important museum is the Musée Picasso at the Château Grimaldi, where Picasso stayed in 1946 producing a large body of work part of which he donated to the museum. The permanent collection also includes works by Balthus, Calder, Arman, Hartung, Ernst, Modigliani and de Staël.
Other museums include the Musée d’Archéologie, housed in the Bastion St André, with exhibitions on the archaeological history of Antibes, the Musée Peynet, in a former 19th century school, displaying the works of 20th century French artist and cartoonist Raymond Peynet, the Musée Napoléonien, a naval museum housed in a 17th century stone fort and tower presenting a collection of Napoleonic memorabilia, paintings and naval models, the Musée de la Tour with costumes, objects, documents and furniture relating to Antibes from the 18th and 19th centuries, the Musée de l’Absinthe, situated in a basement in the Roman foundations of the old town, dedicated to the potent drink also known as “the Green Fairy”.
The Fort Carré, or square fort, on the edge of Antibes harbour, was built in the mid 16th century and is open to visitors all year round.
Jazz à Juan, the annual world-famous jazz festival and Europe’s oldest, takes place in July.
Antibes has a number of parks and gardens, most notably the Villa Eilenroc, a Belle Epoque manor house with a rose garden and the Jardin Thuret with its 12 acres of Mediterranean and rare subtropical plants.

Antibes has many restaurants catering for a variety of tastes and budgets. Many are located in the old town and specialise in local seafood dishes. Juan-les-Pins offers palm-shaded restaurants with terraces open until the early hours during the summer season.

There are plenty of  options to choose from in Antibes and neighbouring Juan-les-Pins, from lively wine bars to big clubs. The famous Eden Casino, cabarets and night clubs can be found essentially in Juan-les-Pins.

Antibes and its surrounding areas offer a variety of activities for children, the most popular being beach activities including water sports, sailing and boat trips. Another option is the Antibes Land Theme Park with fairground rides and entertainment or the Marineland Water Park.

Much paperwork is carried out at the Préfecture des Alpes-Maritimes including registering your car, exchanging a driving licence, naturalisation and assistance to foreign students.
Opening times depend on the service you require and can be found on the website. Many procedures can also be dealt with online. Contact details for the Prefecture can be found on our Administration page.

The Mairie delivers birth and marriage certificates and licences, publishes banns, conducts marriage ceremonies, provides access to social housing and municipal nurseries, as well as information on state education, elections and cultural activities. They can also provide a list of sworn transaltors and details of local 'assistante maternelle' if you are looking for childcare.

France provides a collection service for the removal of large objects though the service differs according to areas. In Antibes this service is provided by the Communauté d’Agglomération de Sophia Antipolis (CASA) and Envinet. You will need to make an appointment by telephone for collection from a given address.