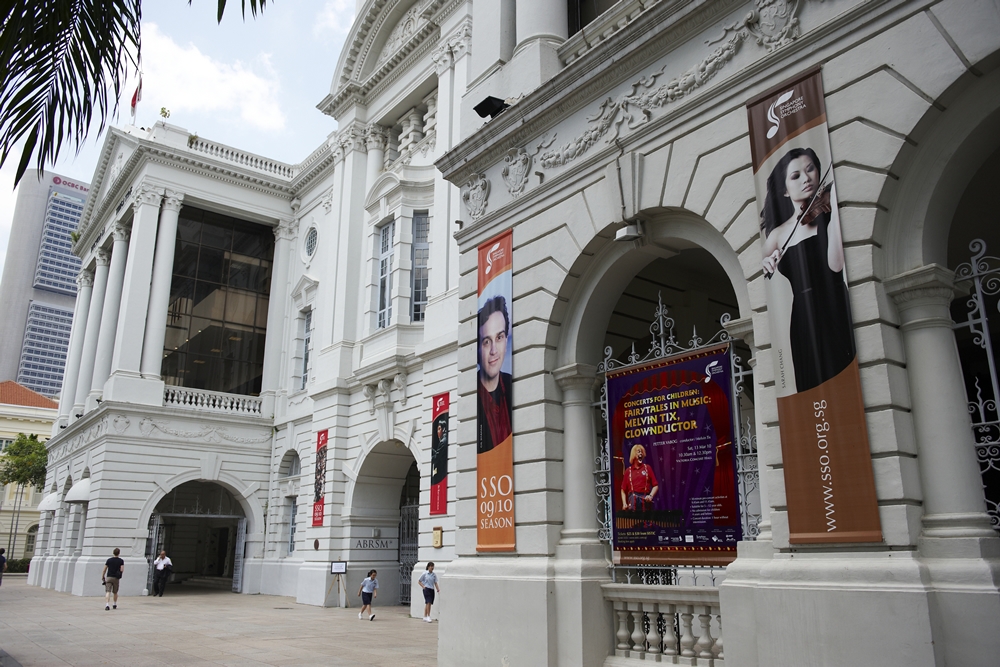 Information on the theatres of Singapore, where many national and international plays are performed...

Singapore has a fairly vibrant arts scene. Western theatre and dance is staged as well as traditional Asian performances but on short runs. Runs are timed in weeks, not months or years.

Singapore's Esplanade Theatres on the Bay were opened in 2002 and many national and international plays and pieces are performed here. Beside these there are a number of smaller theatres and venues where there are regular arts performances.

Though Singapore's censorship rules are sometimes criticised, there is still much to entertain the general public.

Esplanade Theatres on the Bay

The Esplanade Theatres on the Bay is a modern building that houses many different theatres. The modern building with its spiky exterior is often referred to as the Durian, because of its resemblance to the "King of Fruits".

One of Asia's leading English-language theatres, the SRT stages original works as well as productions of western classics starring Asian performers, such as The Glass Menagerie, Death of a Salesman and Hamlet.

Marina Bay Sands is home to two world-class theatres: the Sands Theatre and the Grand Theatre, which are linked by a single box office and grand foyer. They present internationally acclaimed musicals, dance and concerts, and aim to create a night of elegant experience.

Visual and performing arts hosted in the old Parliament building.

The internationally acclaimed SDT stages a mixed repertoire to appeal to all cultures and tastes.

ACTION Theatre is non-profit professional theatre company known for its approach in staging original plays that explore topical and contemporary issues in an imaginative manner.

For tickets and reservations: