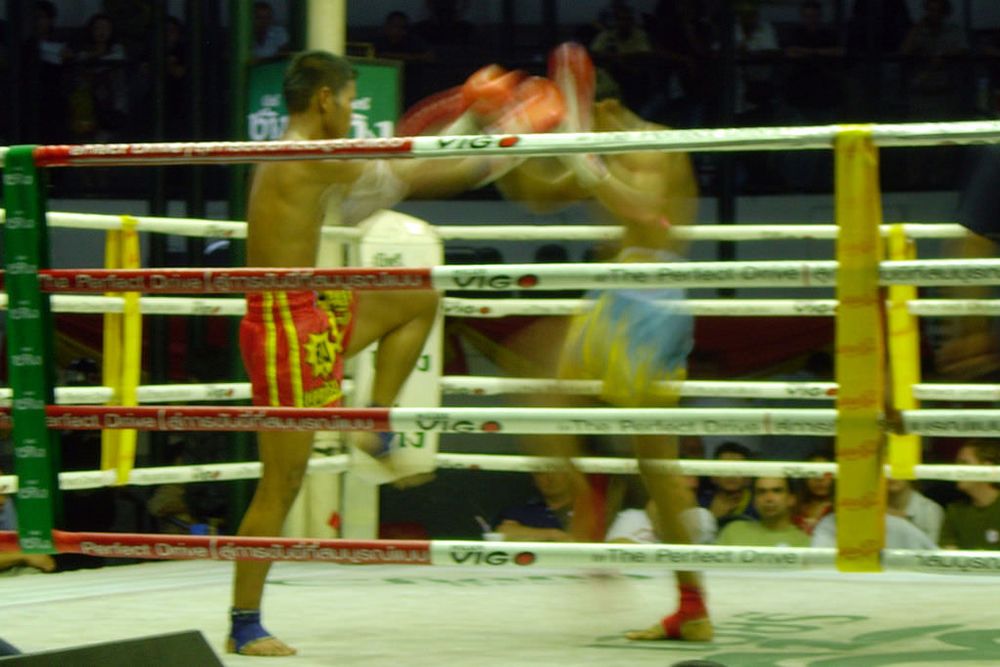 Muay Thai, also known as Thai boxing, is an ancient martial art from Thailand, which is developing a following in Singapore. Find out why...

Muay Thai is a spectator sport, but also practiced for self defense and as workout alternative to traditional treadmill and weight lifting exercises.

Similar to most combat sports, fighters are classified according to their weight classes.

Fights start with the Wai Khru Ram Muay, a ritual in which the fighters dance and pay respect and homage to both their teachers and the deities. The literal translation is:

The rules in a bout

Competitive Muay Thai is a striking art so generally, the strikes are generated while both fighters are standing. This is in contrast to arts such as wrestling, judo or Mixed Martial Arts where the competitors often are allowed to tumble or sprawl in the ring.

Moves which often result in a foul or warning include:

A search on the internet produces information on the various Muay Thai gyms in Singapore. When choosing a gym consider the following factors:

The fight scene in Singapore is not as developed as it is in Thailand and competitive matches are not held regularly. However, announcements on upcoming events are posted to the Muay Thai Singapore Forum and at the gyms.

The Amateur Muay Thai Association Singapore (AMAS) also works to promote the sport in Singapore at times by collaborating with other sports bodies in hosting joint events.