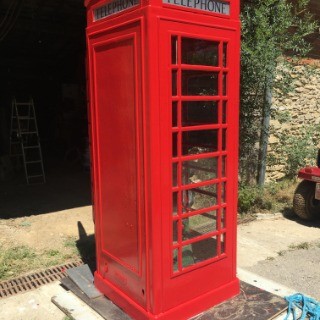 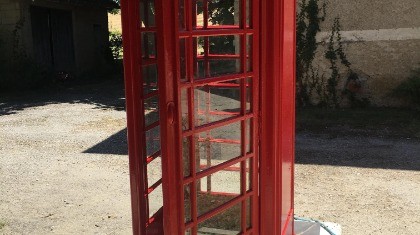 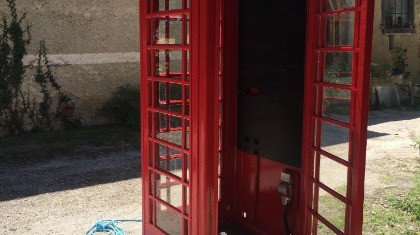 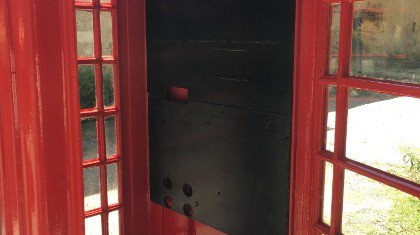 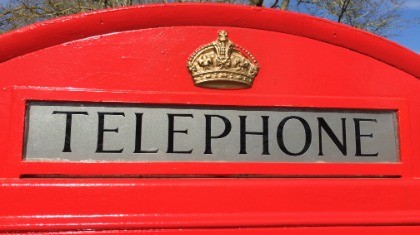 I am selling a British telephone kiosk which was bought at the first auction of these historic telephone boxes in 1985. This particular one was featured on BBC television at the time. It is a model K6 designed by Sir Giles Gilbert Scott to commemorate the silver jubilee of King George V. The K6 was consequently sometimes known as the "Jubilee" kiosk. It went into production in 1936. When Queen Elizabeth came to the throne in 1953 she had the gold crown emblem changed to her current crown design. This kiosk predates that change so is dated between 1936 and 1953 with the original crown emblem. It has been blasted, had one coat of primer paint, one undercoat, and several topcoats of Post Office Red gloss paint. The glass is new laminated safety glass. The kiosk is now in south west France near Castres. There is no telephonic equipment but the internal mounting board is still in situ. A suggestion for a quirky use for this icon is a shower cubical. The price is not cheap. Others are advertised in Great Britain for over £ 4000. This one would cost £2950. Transport is not included but can be done easily with a day's hire of a lorry fitted with a Hiab lifter. Viewing is welcomed by arrangement. Contact: martin@martinstevens.org.uk